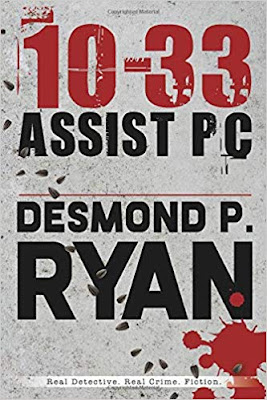 
It is grinding bitter work chasing down rings of underage prostitutes who are moved from city to city. They are seeking to charge the pimps and rescue the young women.


In a scene that defines institutional lack of communication they are ready to raid a “hold house” where they are sure a group of teenage prostitutes are staying. As they roll up to the residence they find a woman strolling for customers outside the house. It turns she is a member of the Morality Squad arresting Johns. As they start to pull away a regular marked police car from the Traffic unit stops them to check out Mike and Sal. None of the three groups of officers knows about the operations of the other units.


They rescue a young girl, Britney, who spent two months in the ring. She tells them of a pimp, Malcolm, who slashes girls from mouth to ear, a Glasgow cut, and occasionally kills them


The description of her call to her parents was wrenching as the parents deal with the emotions of finding out she is alive, that they can come to pick her up and that she has been in a prostitution ring.


The stories of how young teenage girls are lured into a relationship and then turned into prostitutes by their new “boyfriends” is sickening and sad and all too credible.


O’Shea has a classic Irish mother in Mary Margaret, a wife from whom he is separated and a young son, Max. Traditional Sunday supper at Mary Margaret’s home always includes Sal. Boiled cabbage, potatoes and corned beef will be the menu.


While the snafu over the raid on the “hold” house has damaged the investigation Mike and Sal start picking up information on where the girls may have been moved.


Ryan has a good ear for dialogue. The conversations feel right. There is a sardonic, somewhat biting, wit in the conversation of the officers. I was tiring of the banter between the officers until a searing scene of a shooting and the aftermath that had me racing through the pages caught up in the story. I had to know what happened next.


Ryan keeps the action driving to an ending that was both anticipated and unexpected.


10-33 is the first of a planned six part series involving Mike O’Shea.


It grated on me as I started the book to read a preface in which the author repeated several times that the book was “real”. Why not write non-fiction if the story is real? Fiction requires imagination not just a narrative with dialogue. By the end I appreciated he had used his imagination to tell a story that is raw and vivid and real.