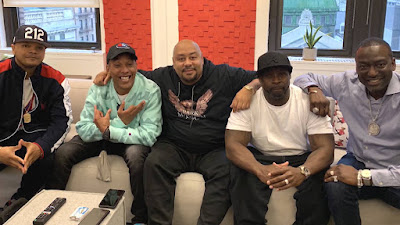 In a recent post J. Kingston Pierce of the fine blog, The Rap Sheet, put up links to recent posts on the travails of legal mystery author, Linda Fairstein. Last year the CWA withdrew the award of Grand Master it was about to present her. More recently she has experienced the public humiliation of being pilloried in the Netflix series, When They See Us, being dropped by her publisher and resigning from  the boards of the victim support group, Safe Horizon, and her alma mater, Vassar.

I have not seen When They See Us. As a docudrama it is not a documentary. As such the director and producers have dramatic licence. I am not relying on what is portrayed in that series in my posts on Ms. Fairstein.


She is almost singlehandedly responsible for the wrongful incarceration of the Central Park Five.

In a letter to the New York Law Journal in 2018 Ms. Fairstein fiercely maintained that:

…. I was not the prosecutor in the case nor was I one of the detectives or prosecutors who took the confessions from the 5. Instead, I was an eyewitness to many of the events at the police stationhouses throughout 36 hours when the statements were obtained.

I was doubtful about the reasons for the CWA withdrawing the Award but chose not to delve into the circumstances of Fairstein’s involvement in the prosecution of the Central Park 5 (hereafter “the 5”) in the late 1980’s.

The consequences of the Netflix docudrama and The Rap Sheet post prompted me to look at the evidence on Ms. Fairstein and the 5 .

I read through a variety of posts and articles on Fairstein. I read the Court of Appeal decision upholding one of the original convictions. I read the report of the District Attorney’s office filed in support of the application to vacate the convictions.  I read the court decision accepting the application to vacate the convictions. I looked up the Armstrong Report. (It was a report commissioned by the New York City Police Department on the District Attorney’s decision.)

As I would expect the posts and articles have more opinions than facts supporting their positions. As I am not seeking to write a lengthy analysis I will equally have more conclusions than facts. I will provide links to various materials I read following this post.

There is abundant evidence there were numerous crimes committed that night in Central Park by young men, mainly teenagers, beyond the assault and rape of the jogger. There is evidence the 5 committed other crimes that night. Their convictions were reversed for these crimes because of the new evidence of Matias Reyes who confessed to assaulting and raping the jogger. It was accepted by the DA and the judge on the vacating application that the new evidence could have produced different results on the charges unrelated to the jogger.

I am disturbed that Ms. Fairstein has attempted to use the evidence of other crimes to smear the 5 with regard to the jogger case. She knows better.

On the interrogation of the 5 Ms. Fairstein asserts she was not conducting the questioning. She leaves out that she was deeply involved in the process.

When I read Fairstein’s books Killer Heat and Terminal City. I shook my head over the participation, actually directing, of Assistant District Attorney, Alexandra Cooper, with regard to the fictional investigations. How could Cooper remain objective?

(My next post will conclude my thoughts on Ms. Fairstein and the Central Park 5)
Posted by Bill Selnes at 6:11 PM