A First Woman Lawyer to be Admired 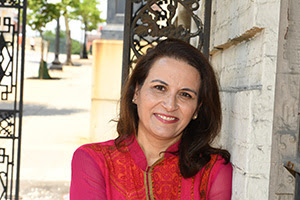 In The Widows of Malabar Hill the lawyer at the heart of the book is an Indian legal pioneer. Perveen Mistry is the first woman solicitor in Bombay in 1921. This post may have spoilers for some readers in that it has significant information from the book about Perveen.

It is not a surprise her journey to become a lawyer was difficult. She was constantly bullied as the only woman student at the Government Law School in Bombay in 1915. The book moves between her life at that time and as a young lawyer in the early 1920’s.

The author, Sujata Massey, skillfully blends Perveen’s professional and personal life.
Perveen is a spirited young woman. I appreciated Massey does not try to make her a 21st Century woman. She is religious, respectful of parents and accepting of many limiting social customs. At the same time she is not content to stay at home. Perveen is determined to get an education and have a profession.

For Perveen there is great drama in her life in 2015. In an era of arranged marriages in India Perveen finds a path to marriage that combines the personal and traditional.
Within every faith there are differences on the traditions to be maintained in marriage. For Perveen the expectation by in-laws of seclusion during menstruation is a great challenge.

Life with her husband turns brutal leading to a court case with her father as her powerful advocate. I could never see myself representing my sons. It would be too hard emotionally let alone the difficulty of being objective.

Eventually Perveen pursues her legal education. Her aspirations to be a lawyer are supported by few beyond her immediate family. It was moving to read of the unwavering and total support of her father, Jamshedji Mistry, for his daughter to become a lawyer and practise law with him. Without his encouragement, even pressure, I doubt she would have persevered against those resistant to a woman becoming a lawyer.

I started law school in 1972. My class at the University of Saskatchewan was the first class in which at least 25% of the class were women. I did not observe the overt bullying experienced by Perveen. I am sure it was not easy but my female classmates helped lead the way for women lawyers in Saskatchewan. Now a majority of law students are women.

Perveen enjoys practising law. She is certainly aware of her professional position as the first woman lawyer in Bombay but never claims status for her accomplishment.
In real life Mithan Tata Lam was the first woman admitted to the Bombay bar. It was 1923.

In Saskatchewan there were three different women who were first in the legal profession.

I admired Perveen as a woman and as a lawyer. She is not perfect. She is very comfortable in her position as a member of the upper classes. Members of the lower classes have little role in her life.

I hope Massey writes a long series with Perveen as the lead character.