Accountability for the Black Watch Disaster of July 25, 1944 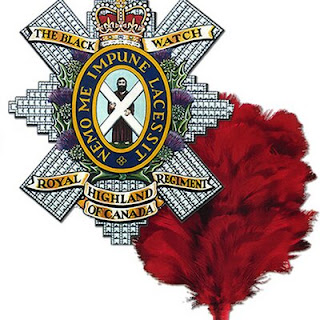 In my last post I reviewed David O’Keefe’s fine book, Seven Days in Hell, about Canada’s Black Watch Regiment and their devastating week in July of 1944. The week ended with a suicidal attack by the 1st Battalion in which 296 out of 320 soldiers were killed or wounded or captured. Beyond the commanding General, Guy Simonds, it was hard to find anyone that day who actually thought the attack could succeed. The Black Watch was to proceed up and over a ridge through a wheat field. Circumstances had delayed the launch of the attack by 4 hours to the full light of mid-morning, both the commanding officer and second in command were casualties earlier that morning, the tanks to accompany the battalion were not in place and artillery support was limited. Yet no one was prepared to disobey the order of Simonds to press on and attack.

On the other side of the battlefield the North Nova Highlanders and the Stormont, Dundas and Glengarry Highlanders did not follow Simonds’s order to undertake an attack “refusing to reinforce obvious failure”. Simonds “sacked the 9th Brigade commander and the battalion COs”. Their refusal did prevent another disaster.

As set out in the previous post, Black Watch pride and sense of duty would not let Major Griffin, in command of the 1st Battalion for but a few hours, refuse the order to attack.

While the commanders of the Canadian Army tried to contain news of the disaster news reports from war correspondents and the hundreds of telegrams flooding Montreal meant the scope of the disaster was soon known.

As common, it was not until after the war ended that accountability was addressed for  what Private Gordy Donald bluntly stated:

“A lot of men got killed over somebody’s stupidity - for not knowing enough to say when. The attack, one, should never have taken place, and when it did, it should have been stopped.”


He also blamed Major Griffin, who died in the attack and thus could not reply saying the attack “was tactically unsound in its detailed execution”. But there was no “execution” that could have changed the result of the attack. It was a certain disaster. No doubt unintended, Simonds’s use of the word “execution” in the context of the attack was too apt.

O’Keefe concludes his assessment of Simonds as follows:

But what is inexcusable, and can only be interpreted as an egregious act of cowardice and disloyalty to his subordinates, is Simonds’s choice to turn his back on the men who faithfully obeyed his authority and executed his plan as prescribed. Sadly, as he had done in the past with other of his flawed plans and misadventures, he wilfully offered up Griffin and the Black Watch (among others) as the sacrificial lambs for his failure on July 25 to protect his career and reputation.

In 21 Days in Normandy Angelo Caravaggio studied the actions of the Canadian 4th Canadian Armoured Division and its leader, Major General George Kitching, in the battles, Operations Totalize and Tractable, a few weeks later in Normandy. These battles closed the Falaise Gap. The Canadian army has long been criticized for the time it took to complete the closing.  Simonds relieved Kitching of his command at the end of those battles. Caravaggio considered the decision wrong.

He summed up his judgment of Simonds:

Simonds’ ideas resulted in centralized planning, control at the highest level, staff management of the battlefield, reliance on indirect fire support, little consideration of the concept of manouevre, and cautious exploitation. There was little room for flexibility, initiative, originality or the modification of the plan to meet the emerging demands of the battlefield. If the plan failed, the blame was pushed down to the units and commanders involved.

Brian Reid, in No Holding Back a book on Operation Totalize provided his own observation on Simonds and responsibility:

When things went awry, as they invariably do in war, it was always the fault of others for not being able to execute his plan exactly as written. That is not to suggest he was a knave or a fool, far from it.

Lieutenant-General Guy Simonds can fairly be described as the outstanding corps commander in 21 Army Group. Simonds lacked the human touch that distinguishes great leaders, but no other corps commander displayed such technical competence and flexibility.

On what Simonds might have said about his role in the Black Watch debacle General Dwight Eisenhower, who commanded all the Allied forces for Western Europe, wrote a letter as D-Day began on what he would say if the invasion failed:

“Our landings in the Cherbourg-Havre area have failed to gain a satisfactory foothold and I have withdrawn the troops. My decision to attack at this time and place was based on the best information available. The troops, the air and the Navy did all that Bravery and devotion to duty could do. If any blame or fault attaches to the attempt it is mine alone.”

That is a leader.

An earlier example involves another famous American general. Ulysses S. Grant in his memoirs after the American Civil War discussing the disastrous attack by Union forces on fortified Confederate positions at Cold Harbor:

"I have always regretted that the last assault at Cold Harbor was ever made … No advantage whatever was gained to compensate for the heavy loss we sustained."

While Simonds may never have taken responsibility for the fiasco of the Black Watch attack Copp further states:


Simonds also had the good sense to try and turn Montgomery and Crerar away from costly frontal assaults in the Rhineland by proposing an alternative, Operation Wallstreet. On many other occasions Simonds demonstrated a commonsense approach to problems and a genuine concern for preventing the waste of young lives.

It is a cruel irony if it took the sacrifice of the Black Watch for Simonds to avoid “the waste of young lives” in subsequent battles.