More on Defense Lawyer by James Patterson and Benjamin Wallace 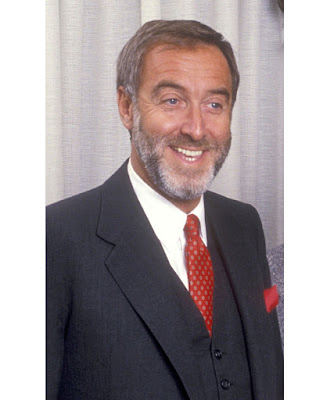 Slotnick, a brilliant student who graduated from law school at 20 years of age, grew up in the Bronx. As a Jewish boy he learned to use his fists when Italian boys called him Anti-Semitic names.

As a young lawyer he started representing members of the Mob families in New York. An early trial saw him defend Bullets, who was Vincent “Chin” Gigante’s dog. Bullets had been alleged to have “a known vicious propensity”. Using an identity strategy Slotnick saved Bullets from death.

Patterson and Wallace brilliantly recount the colourful stories of Slotnick’s representations of the wiseguys of New York. Slotnick’s life would make a great T.V. series.

The authors distill trials to their essence. They provide insightful anecdotes.

In my previous post I discussed the publicity Slotnick courted and manipulated. He was a favourite subject of New York tabloids.

Too few works of legal fiction discuss money. John Grisham is an exception. His lawyers are always conscious of money. Jake Brigance is the leading trial lawyer in Ford County but he struggles to make more than a modest living.

Slotnick liked to say he “practised door law” in that he was available for hire by anyone who walked through the door.

On a mid-winter day in January of 1986 there was an eclectic mix of people in his reception area - a couple of Chinese gangsters, a Russian mobster, two Hasidic men, Bernhard Goetz (the subway vigilante) and John Gotti’s driver (his employer was in a conference at the office.

Yet Slotnick had two conditions before taking on a client.

First, his retainer had to be paid. Life is different in NYC for defense (we spell defence in Canada) lawyers at the top. Slotnick required a $50,000 retainer to take a case. I admire his forthrightness though it means he mainly represented in his prime a select group of criminal defendants, those wealthy enough to afford huge fees. They did range across the spectrum of those with money in NYC.

The first condition was actually more nuanced. Slotnick would take on pro bono cases if he “thought he could win”.

A San Francisco defence lawyer, Jake Ehrlich had a simple fee for representing an accused charged with capital murder - whatever you owned. His rationale was that if he won he gave you a new life. None of his clients were ever executed.

Everyone has their quirks. For Slotnick:

.... paper clips were his preferred instruments for working out anxiety. Slotnick would unfold them. He would bite them. He would drop them on the floor. Breakstone could track his boss through a courthouse by followin the trial of paper clips.

It takes confidence to become the focus of a room. Slotnick commanded courtrooms:

At six foot one, dresssed in one of his custom three-piece suits, he didn’t walk into a courtroom so much as enter it, his overcoat draped over his shoulders like a cape, as if he were a matador or a count or Superman. “Slotnick, arrivée,” Jay Breakstone liked to say.

He was skilled in facts and law but he was so busy that he had to choose between concentrating on the facts or the law in preparing cases. I was not surprised he focused on the facts. While assistants, investigators and associate lawyers could help him with the facts he spent most of his time working out how to present and challenge the evidence - the contradictory facts - presented by witnesses. He could delegate research and the writing of legal arguments. He always had a “law man” to do that work. I have found as a lawyer for almost five decades that I spend more time on the facts of cases and rely on the talent of young associates for the law. They are better trained and quicker than myself in the computer explorations that dominate 21st Century legal research. Slotnick might come up with the concepts to be argued but not the research.

The pages flowed with the ease of reading fiction. Patterson and Wallace have written an excellent book going to the heart of what made Slotnick a great lawyer.