"U" is for Arthur Upfield 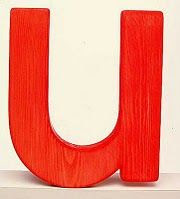 The end of the alphabet is approaching on the Alphabet in Crime meme hosted by Kerrie Smith at her blog, Mysteries in Paradise. I am going to Australia for “U” is for Arthur Upfield.


****
I had never heard of Arthur Upfield until I was looking in Australian bookstores last year for Australian mysteries and came across Cake in the Hat Box in Tasmania. (I was not yet a blogger at that time. If only I had started blogging a year ago I would have been able to find Australian mysteries easily with the aid of Kerrie and Bernadette.) 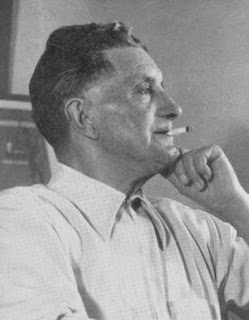 (I note many photos of Upfield including those on his books, as with the photo to the right, feature him smoking a cigarette. In our era condemning smoking I have not seen an author photo in many years featuring a cigarette.)
Upfield (1 September 1890 – 13 February 1964) spent his adult life in Australia. The Unofficial Arthur W. Upfield homepage http://homepage.mac.com/klock/upfield/upfield.html) states his father sent him from England “so he could make something of himself.”
Kees de Hoog at http://www.collectinghttp://www.collectingbooksandmagazines.com/upfield.htmlbooksandmagazines.com/upfield.html said about the young Upfield:
“Upfield was born into a family of drapers on 1 September 1890 in Gosport on Portsmouth Bay, Hampshire, England. An avid reader of boys' adventure magazines that were popular at the time, he did not do well at school. Apprenticed aged 16 to a real estate agent and surveyor, he was more interested in writing novels and other, more daring, escapades. He once claimed his father sent him to Australia in despair, saying: “It is so far away that you will never save enough money to return", but it is more likely he wanted to go.”
The Unofficial Homepage further states:
“Upfield took immediately to Australia and adopted it as his homeland. He travelled throughout the country and tried his hand at many trades, including kitchen assistant in an urban hotel, boundary rider, station hand, and station cook.”
It describes his early writing locations as:
“His first novel was written while working as a station outpost cook along the Darling River. He wrote others from a drop-leaf desk attached to the side of the camel-drawn drey in which he later patrolled the world's longest fence.”
It is far removed from the computers on which we write in the 21st Century.
Over 33 years (1929-1962) Upfield wrote 29 mysteries featuring Napoleon “Boney” Bonaparte, a part aborigine police inspector. Kees de Hoog, referred to above, wrote a biography of Upfield. He further indicated Upfield “spent several months each year wandering around the outback until poor health prevented it”.
At the official website, http://arthurupfield.com/main/page_home.html, there is a biography of Upfield in a doctoral thesis by Travis B. Lindsey. In the thesis Lindsey discusses how Upfield wrote:
“Generally speaking, it took Arthur about seven months to complete a book. On a board he would paste paper listing the characters and outlining the plot, but initially he would have only a hazy idea of the ending. Typing away with two fingers and ignoring spelling – to look up words in a dictionary meant for him a break in this thought pattern – he would complete the first draft. This would be put in a drawer for a month. The manuscript would then be closely read for ‘impressions, timings and what-not’ before the rewrite commenced. This period was critical, as Arthur pointed out:
My greatest problem then is to keep friends and others at bay, because interruption will snap the thread, when I have to struggle and flounder about repairing it. All I ask is five hours – from one o’clock to six – every day for from five to six weeks. And that seems impossible to secure, despite my Jessica’s cooperation.
When a major work was completed Upfield would try to avoid the typewriter for two or three months, but always letters had to be answered.”
I have read Cake in a Hat Box and the Widows of Broome. (Click on the titles for links to my reviews.) I enjoyed both of them. Boney is an interesting character. I found a couple more I will be reading and expect to continue looking for Boney books.
De Hoog provides a provocative paragraph on Upfield’s position in the Australian literary world when Upfield was writing:
“Upfield is now recognised as the first Australian writer of mystery stories. But his books were never critically acclaimed here during his lifetime, despite their popularity in the UK and the US where the mystery novel had become an established form of literature. His response was to write An Author Bites the Dust, published in 1948, an attack on the Australian literary establishment.”
The official website advises the Boney television series is being re-mastered and the episodes will be issued as DVDs.
I do not know how accurate the books are in their portrayal of Australia from the 1930’s into the 1960’s. They are vivid.
Posted by Bill Selnes at 2:30 AM