A week ago Margot Kinberg, in her blog Confessions of a Mystery Novelist (a wonderful blog with daily meditations on the world of mysteries), wrote a post called From a Distance in which she discussed:

” Sleuths have to keep a certain amount of distance between themselves and others because it protects them from what they see and sometimes have to do.”
She discussed a number of sleuths who prefer to live alone. The post set me thinking about sleuths and families. I am going to be posting a trio of posts on the issue over the next 10 days.
It is my observation that mystery series written before the 1990’s will generally have sleuths without families. Not only were they single the personalities of several major sleuths were clearly suited to the single life. 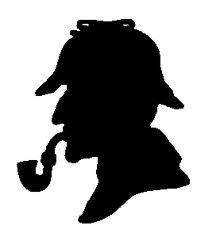 The Sherlock Holmes of Arthur Conan Doyle had a brother, Mycroft, but neither spouse nor children. It is a challenge to see the demanding impatient imperious Holmes being either a husband or a father.
In this generation Laurie R. King has written a different Holmes. He is entranced by the brilliant young Mary Russell and eventually marries her. They share adventures and solve mysteries jointly. More surprisingly Holmes finds he has an adult son, Damian, and most surprisingly he has a granddaughter. The Holmes of King credibly displays paternal and grandparental affection.
Moving forward the sleuths of the Golden Age were usually without families and, if they had a spouse, rarely had children.
As Margot points out Agatha Christie’s Miss Marple and Hercule Poirot live alone without spouse or children. Each character, especially Poirot, lives a life in which a partner and children would cramp their lifestyle. It is hard to see the vain Poirot sharing his apartment with a wife.
P.D. James in Talking About Detective Fiction states about writers from the Golden Age:
“Subsequent writers tended to agree with Dorothy L. Sayers that their detectives should concentrate their energy on clues and not on chasing attractive young women.”
On this side of the Atlantic Nero Wolfe and Archie Goodwin made it through over 40 years of novels and stories without getting married or having children. Once again the personalities were not conducive to matrimony. In particular, no woman would put up with the irascible Wolfe with his rigid routines. 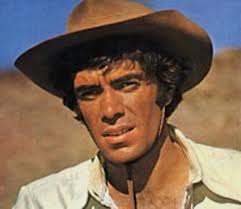 In Australia, Arthur Upfield was writing the Napoleon “Bony” Bonaparte mysteries over almost exactly the same time period as the Wolfe mysteries. He has a variation on the single theme. Bony has a wife and children but, in the mysteries I have read, Bony investigates and solves crimes far away from home. In the Bushman Comes Back he actually buys a wife but does not keep her.
P.D. James, in Adam Dagliesh, created a remarkably likeable character. Yet, when starting her series almost 50 years ago in 1962, Dagliesh is without family. She said:
“So I decided to begin with a less egregiously bizarre character and ruthlessly killed off wife and newborn son in order to avoid involving myself in his emotional life, which I felt would be difficult successfully to incorporate into the structure of the classical detective story.”
However, 47 years later in The Private Patient Dagliesh becomes engaged to Emma. We shall see if the Baroness is as ruthless with Emma. I hope not.
It is my proposition that it became common in the last 20 years for the sleuths of crime fiction to have spouses and children. I shall have a post next week on the subject.