The Literary Challenge of Finding the 6th Cambridge Spy 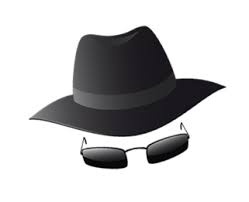 Writing about the alleged 6th spy from Cambridge appears a never ending industry. As each of the Cambridge Five was identified there was speculation there were more spies from Cambridge.


Other real life names alleged to the 6th spy include:


1.) Leo Long, a British Intelligence officer during WW II, whom Blunt asserted that he recruited;


2.) Ludwig Wittgenstein was named a spy by Kimberley
Cornish in 1998;


3.) Guy Liddell lost the opportunity to head MI 5 because
of fears he was spy; and,


4.) Cambridge academic, Andrew Gow, was mentioned by art critic, Andrew Sewell, in Sewell’s memoirs and even described as the spy master.


The literary hunt for the 6th spy is like the many purported killers of Swedish Prime Minister Olof Palme. After reading Killing Pilgrim by Arlen Mattich which starts with the assassin being a Yugoslav intelligence office I looked at other alleged killers. There have been at least 8 other individuals asserted to be the killer of Palme.


With regard to the 6th spy I mentioned in my review that a new biography of Guy Burgess, Stalin’s Englishman: The Lives of Guy Burgess by Andrew Lownie, names English physicist Wilfrid Mann as the 6th spy.


One of the challenges for naming a 6th spy, whether for fiction or non-fiction, is that a 6th Cambridge spy was never identified in The Mitrokhin Archive by Christopher Andrew and Vasili Mitrokhin in the first volume of this massive work of information from the KGB prepared after the Soviet Union collapsed.


Having The Mitrokhin Archive on a bookshelf I looked at its reference on the Cambridge spies. Only five are identified. Indeed, the index refers to the Cambridge Five and the Magnificent Five.

Within the book each of the Five is discussed. There is no mention of a 6th spy.


Had there been a 6th spy why was “he”, no one has ever speculated on a “she”, not listed in the Archive? There was enormous pride in Russia at this great intelligence coup. To have added more names would have made an even greater intelligence feat. The absence of a 6th spy is an inconvenient fact for writers.


“Everyone thinks the entire history of Soviet espionage was contained in Mitrokhin.” Charlotte lit a cigarette and looked utterly content. “But there was a ton of stuff he didn’t get his hands on. Including this.”


It is one of the customary means of getting around official records. Simply state they are incomplete. The flaw with regard to the 6th spy is that the Cambridge spy story was a highlight of Soviet espionage and very well documented in the Archive. If there was a 6th spy he would have had an equally prominent role in the archive – even a greater role than the Five - for it would have been a best selling scoop to have revealed the 6th spy in the Archive. It would have meant his identity had been concealed for decades after the Cambridge Five had been revealed and the authors are revealing a great secret. At least Cumming did not ignore the problem.