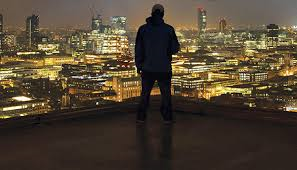 Sebastian Rudd in Rogue Lawyer by John Grisham – I am confident I have just read the next Grisham book to be made into a Hollywood feature film. Sebastian Rudd is a larger than life criminal lawyer swashbuckling his way through the criminal and occasionally civil courts of an unnamed 1,000,000 inhabitant mid-America city.


Rudd is fearless. He challenges the police, opposing counsel, witnesses, judges and clients. Anyone looking for a fight he will make it a brawl.


He despises the tactics and actions of overly aggressive and unethical district attorneys and police.


Rudd has a brutally wicked wit that he rarely restrains in and out of court.


Rudd is as far from the grey suit clad lawyers occupying the towers of corporate law in Manhattan as possible in America.


He is the second American fictional lawyer to function from a rolling office. Where Michael Connelly’s lawyer, Mickey Haller, practises criminal law in Los Angeles from the back seat of a Lincoln it is a custom equipped van for Rudd. While Haller chose mobility Rudd was forced out of his office by a firebomb.


Rudd has a compelling driver in Partner, a physically imposing black man who, after being successfully defended by Rudd, has taken on the challenge of protecting and assisting the hyper-aggressive defence counsel.


Rudd has a monastic home life in a high rise tower. It is harder for a disgruntled _______ (pick any of the above he has confronted) to attack him in such a residence.


To while away the sleepless hours he regularly endures Rudd has a full size pool table occupying his den / living room and plays games against himself.


While he has little time in his hectic life for the ladies he is the father of a 7 year old boy, Sketcher, who is surprisingly normal despite his father’s chaotic life and his mother’s tumultuous lesbian relationship.


Rudd is really the type of daring courtroom lawyer all litigators wish we could be if we did not care about consequences. He is dancing on the edge every day.


And, by the way, he is a part owner of an upcoming professional cage fighter looking to reach the upper echelons of mixed martial arts. Rudd wears a brilliant yellow jacket and cap as one of the fighter’s handlers.


What leading male actor in Hollywood would not leap at the opportunity to play Rudd in the movies? Grisham thinks Rogue Lawyer and Rudd would be better suited to being a T.V. series. It has been a decade since one of his books has become a movie. Grisham, in a CBS interview, provided encouraging news that he hopes Rudd will return in future books as he has lots of adventures to tell readers.


My next post will actually discuss the type of cases undertaken by Rudd.
Posted by Bill Selnes at 8:33 PM