The Writing of and Reaction to The Night Manager 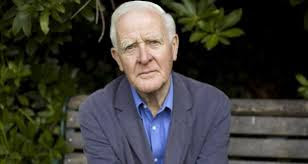 While reading The Night Manager by John Le Carré and then writing my review I avoided reading the section of the biography by Adam Sisman that dealt with The Night Manager. When I was done I went back to learn about how the book was written and received in 1993.


In his research on the international arms trade of that time he looked to the most famous writer on the subject, Anthony Sampson, whose book, The Arms Bazaar, raised world consciousness of the merchants of death.


Le Carré’s dedication to his craft is illustrated by the opening sentence of the book. He drafted 16 different versions before settling on:


On a snow-swept January evening of 1991, Jonathan Pine, the English night manager of the Hotel Meister in Zurich, forsook his office behind the reception desk and, in the grip of feelings he had not known before, took up his position in the lobby as a prelude to extending his hotel’s welcome to a distinguished late arrival.


As with most authors Le Carré has drawn upon his own life in his characters. In The Night Manager the roles of women in the life of his hero, Jonathan Pine, are essentially the same as Le Carré’s experience as recounted by Sisman who includes short quotes from The Night Manager:


There was great anticipation of the book especially in the United States where Le Carré’s previous three books had all been No. 1 bestsellers. Le Carré was paid a $5,000,000 advance for the American rights to The Night Manager.


It turned out to be a disappointment for the publisher reaching only No. 3 on the bestseller lists. Only for an author with the great successes of Le Carré could No. 3 be unsatisfactory. There were sales of over 350,000 hardcover copies and 1,000,000 paperback copies.  The unhappiness for the publisher was that, despite the immense sales, the book lost money. The advance had been too large.


In Great Britain The Night Manager was briefly No. 1 before being overtaken by Jeffery Archer’s book, Honour Among Thieves. Still 600,000 paperback copies were sold in 3 months.


The rankings in America and Great Britain reflect my conclusion about the book. It was a very good but not great book.


Every critic noted that Le Carré had made a foray into the new world of intelligence with the end of the Cold War.


Some critics, especially in England, disliked the love story of Jeds and Pine. One described her as a fantasy woman. I am puzzled by their reaction. What self-respecting major international arms dealer would not have as his girlfriend a beautiful young woman of limited intellectual achievements? The superrich can afford fantasy.


I was not upset with the relationship of Jeds and Pine. It just was not an important part of the story for me. I did not even mention their relationship in my review. As a reader I was focused on Pine’s efforts to spy on Dickie Roper and the huge arms deal. In retrospect, what I find most interesting about the love affair is that they did not immediately begin a sexual relationship. Even 23 years ago that would have been expected in the average thriller.


With regard to critics Sisman quotes from David Remick, in the New York Review of Books:


At moments The Night Manager seemed to Remick like a James Bond novel written by a superior Ian Fleming, ‘a Goldfinger for grownups’.


I consider Remick’s comment a cheap shot. Beyond having a wealthy businessman as the bad guy The Night Manager has no relation to Goldfinger. It is a sophisticated and complex story.


The New York Times thought the book brilliant with a flawed ending.


There was one old spy who loved the book. Former American President, George H.W. Bush, wrote a letter to Le Carré: