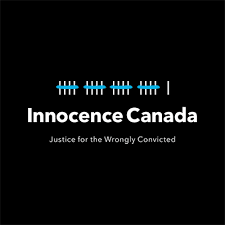 In two previous posts I have been discussing The Work of Justice by J. Pecover concerning the conviction and execution of Robert Raymond Cook for murdering his family in 1959 in Alberta. Pecover believes there was a miscarriage of justice. In this post I will examine the conviction from another perspective.

To provide a different examination on Cook’s conviction I have analyzed the case by considering these causes:

2.) Jailhouse informant testimony – There was no jailhouse informant. The Crown did not plant a police officer with Cook. No fellow prisoner claimed Cook had confessed to the murders;
3.) False confessions – In some cases of wrongful conviction the accused has been aggressively questioned by the police and eventually confesses to a crime he/she has not committed. Cook never confessed. In the hours before his execution he insisted he was innocent;
4.) Tunnel vision – At Innocence Canada tunnel vision is
defined as:

Tunnel vision is a significant problem under the umbrella of professional misconduct. In the Morin Inquiry tunnel vision was defined as “…a single-minded and overly narrow focus on a particular investigative or prosecutorial theory, so as to unreasonably colour the evaluation of information received and one’s conduct in response to the information.” In some cases, police and prosecutors seek to find evidence that fits their theory as opposed to developing a theory on the basis of existing evidence.
In Cook’s case the Crown completely focused on Cook. The problem for Cook’s defence is that there was never a credible alternative suspect.


Tunnel vision played a significant role in Thomas Sophonow’s wrongful conviction. In that case the police were in contact with the actual killer, however, they were so focused on Sophonow that they lost sight of any potential alternative suspects.

Cook’s defence counsel spoke of a mysterious stranger who could have been a prison mate of Cook released at the same time but the only possibility was a man who was in Edmonton at the time of the murders but there was no evidence he was ever in Stettler or had reason to kill 2 adults and 5 children.

Research has shown that race and gender play a significant role in wrongful convictions. The New York Innocence Project reports that more than 70% of those exonerated by DNA evidence were racialized persons. As a point of comparison, over 70% of the American population are of Caucasian descent. It is clear that racial minorities are at a higher risk of being wrongly convicted.

Since Cook was white and male the issues of race and gender considered for discrimination would not have a role.

While he did not come from a wealthy background his family was an average working family.

6.) Evolution of and errors in forensic science – In Cook’s case little forensic evidence really aided the Crown or the defence. There was no further identification of the blood stains on his suit beyond they were blood stains.

What was of some significance is that they did not find any trace of blood upon him including under his fingernails. Whoever committed the murders had moved bloody bodies and sought to clean the house.

There were some unidentified fingerprints in the house.

7.) Professional misconduct – Cook was tried in an era when there was no mandatory disclosure of the Crown case. Still in his case the Crown provided its evidence. Some of that evidence was contradictory. Parts of the investigation appear to have been poorly done but there was not a plan to keep evidence from Cook.

The Innocence Project provided examples of withholding evidence in a pair of wrongful convictions:


Research has shown that race and gender play a significant role in wrongful convictions. The New York Innocence Project reports that more than 70% of those exonerated by DNA evidence were racialized persons. As a point of comparison, over 70% of the American population are of Caucasian descent. It is clear that racial minorities are at a higher risk of being wrongly convicted.

Pecover points to examples of what he considered the prosecutor acting improperly in the trials but I did not see professional misconduct.

The importance of the above factors was highlighted in an article Judging Innocence by Brandon Garrett in the Columbia Law Review in 2008. He analyzed the first 200 American cases where DNA evidence proved wrongful convictions.

He examined the evidence which had produced the convictions:

For careful readers the percentages do total more than 100%. Most wrongfully convicted, as in most trials, had more than one form of evidence led agains them.

My fourth post will add some thoughts on the book and discuss the end for Cook.
****
Pecover, J. - (2017) - The Work of Justice - The Trials of Robert Raymond Cook and Assessing the Evidence