Wishing I had Read Attica Locke's Books in Order 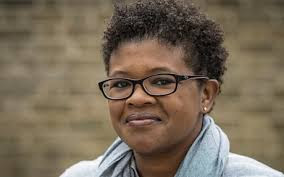 I prefer to read a series in the order the books were written as I like to see the lives of continuing characters unfold chronologically. With the Jay Porter series of Attica Locke I read the second book, Pleasantville, before reading Black Water Rising. That sequence occurred because I was reading Pleasantville as a part of my reading for the Harper Lee Prize for Legal Fiction. Reading Black Water Rising subsequently reinforced my preference for reading a series in order.

If you have not read both books this review is likely to have more information than you will want to have before reading the books.

In Black Water Rising Porter’s wife, Bernie, is struggling through the late stages of her pregnancy with the child who will become their first born daughter, Allie.

The relationship between Bernie and Jay is at the heart of Black Water Rising and is discussed more fully in my previous post, a review of the book. Their problems are real and their love for each other is strong.

In the opening of Pleasantville we learn Bernie has died about a year earlier after a lengthy illness. Jay and the children have been devastated. While it was wrenching to read about the effects of their loss it would have been a more powerful a reading experience had I first read Black Water Rising and known their trials and joys as a young couple.

Jay has progressed from being a bitter angry young man to a loving father devoted to his children. Without reading Black Water Rising a reader would not be able to see his personal development.

In Black Water Rising Jay’s past as an angry young black radical still plays a major role in his life. He is called upon to use political connections with the mayor, a former student activist with him, in a strike involving longshoremen.

In Pleasantville Jay is still involved in mayoral issues but no longer because of his personal connections to a white mayor. The African American population of Houston is not just fighting for a role in civic government. Alex Hathorne, a fellow resident of Pleasantville, is a strong candidate for mayor.

Locke has personal knowledge of Houston mayoralty politics as she helped her father as he ran for mayor in 2009.

Jay has moved from protest to being a member of the black establishment living in the most affluent black neighbourhood of Houston and having achieved considerable financial success. The contrast in political background and upward mobility of Jay over 15 years is striking. He is headed to being a part of the Houston establishment.

In Pleasantville Jay has achieved legal and financial success from suing big corporations for their misdeeds. It is a vast shift from his storefront struggling practice of Black Water Rising where he is scraping by from month to month. The shift in his legal life is immense. I wish there were one or more books chronicling the years between Black Water Rising and Pleasantville to explain how he became so successful.

Each book is an excellent book on their own. To have read them in order would have been to have read a legal and historical saga of African American life in Houston.