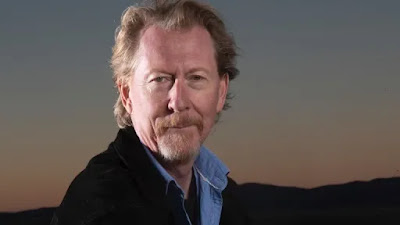 As I read Scrublands by Chris Hammer I thought about why I was so caught up in the plot. I realized it was because the plot is focused on a favourite theme of mine in crime fiction. Scrublands is about “why”.

As set out in the opening to my review of the book in my last post Martin, who has come to Riversend to write a year after follow up on the murders by the local priest Byron Swift, finds himself in the midst of a different story. Mandalay (Mandy) Blonde cannot understand why Swift killed five men outside his church Sunday morning.

There is no “who” or “how” to be determined in Scrublands. Those questions at the heart of many mysteries are resolved before the end of the second page. But there is not a bit of “why” to the murders for even for those who lived in Riversend.

A year later Mandy is still haunted by “why”. She is not alone in being troubled by the lack of “why”. It is as an irresistible question for me as it is for Martin.

Through my life “why” has fascinated me. I expect I plagued my parents as a boy with constant questions of “why”.

I know that as a sports columnist it is my favourite question. Why was a certain play called? Why did a play succeed or fail? Why was a player in or out of the lineup?

As a lawyer when a client, whether facing a criminal charge or a civil suit, comes to the office I want to know the “why” of the facts told to me.

Thus in reading crime fiction I am invariably intrigued when “why” is at the heart of a novel.

When I spoke at the book launch of Volume 3 of A Literary History of Saskatchewan about my essay on crime fiction I told the gathering that one of the reasons I love crime fiction is because so many fine works in the genre delve into the “why” of the murder.

There is good reason, in fiction and in real life, to doubt someone has commited murder without a reason to kill.

Even as Martin learns more and more facts about Swift and the residents of Riversend the “why” of the killings is frustratingly elusive.

You would think it should be obvious. Police, except for the local officer, were content with the explanation that Swift killed for a reason related to his alleged molestation of children. Yet “why” would he kill to protect himself from wrathful parents or outraged community members when he could simply have left town,

Were it one or two killed the “why” may have related to unknown personal conflicts but there were five.

Potentially more promising was Swift’s mysterious past but “why” would problems in his life before Riversend, whatever they might be, have caused him to kill five local men.

I appreciate not everyone wants to know “why”. I have seen readers and bloggers express disinterest, even disdain, for the “why” of a murderer, especially a serial killer.

Some years ago I read an absorbing book, Explaining Hitler by Ron Rosenbaum. In that book he explored 20 people who had sought to explain the “why” of Hitler’s decisions. Some explored “why” the innocent baby Hitler, as shown on the cover photo of the book in this post, had grown up to be one of history’s worst mass murderers.

Among the those covered in the book were two who took starkly different positions on “why”.

Claude Lanzmann, the creator of the acclaimed documentary Shoah, fiercely asserted there should no attempt to explain Hitler. He dogmatically states it is obscenity to try to understand:

“…. Why are the Jews being killed? Because there is no answer to the question of why.” Because, in other words, any answer begins inevitably to legitimize, to make “understandable” that process.

Lanzmann refers often to a remark by an Auschwitz guard – “Here there is no why”. He objects to even discussing “why”.

Auschwitz survivor Dr. Louis Micheels, the subject of a thinly veiled attack by Lanzmann, simply and eloquently argues in favour of “why”:

He explains the remark was accurate in Auschwitz, a world so “different and so foreign …. another planet, light-years away. It was inhabited by creatures that had little if anything in common with what we consider human beings …”

“However, in the civilized world to which so few of us, including Primo Levi, returned, there should be – da soll ein warum sein. Without an attempt, no matter how difficult and complex, at understanding, that very world, where truth is most important, could be lost again.”

“Da soll ein warum sein”: There must be a why.

On “why” with regard to murders, whether singular or serial or mass, I will always wants to know “why”.