Puerto Vallarta in The Eye of the Beholder 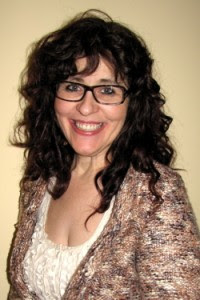 The first section of The Eye of the Beholder by Janice MacDonald is set in Puerto Vallarta. Sharon and I have made a couple of trips to the city on winter vacations much like the fictional newlyweds, Randy Craig and Steve Browning.

I found myself walking in my mind with Randy and Steve down the streets of Puerto Vallarta. MacDonald’s portrayal of the city is precise and accurate in description and in spirit.

Making the story even more realistic, almost non-fiction, she uses the actual names of streets, some businesses and tourist activities.

Sharon and I might have stayed in the same hotel as that chosen by Randy and Steve. It was a nice hotel of a few stories with a comfortable rooftop pool and a few loungers. With my inability to tan we spent little time in the sun by the pool.

I remember well strolling down the Malecon, the strolling boulevard along the ocean, that is at the heart of the city.

It is a lovely walk. Amid the tourist shops are some interesting stores. Randy and Steve are taken with a store featuring the work of indigenous artists. Steve buys a small parrot.

Sharon and I enjoyed browsing through comparable shops of handmade jewelry, paintings and sculpture.

Randy and Steve go shopping at “a clothing store near the Church of Our Lady of the Guadalupe, where the prices were fixed and the woman owner no nonsense”. I expect we were in the same shop which was down a few stairs from street level. While Randy bought a black embroidered blouse for herself Sharon bought a pair of dresses (one black and one white) with lovely flowers embroidered upon them.

We also brought back with us some Mexican glassware though our glasses came from a market in the town of Bucerias near Puerto Vallarta.

Randy and Steve receive a recommendation to visit The Cheeky Monkey restaurant at sunset. They enjoy the view while drinking and eating fish tacos. I recall The Cheeky Monkey as advertising it had some of the cheapest beer in Puerto Vallarta.

Randy drops into A Page in the Sun, the combination café and bookstore. Sharon, Michael (our son), Kaja (his partner – now wife) and myself stopped for a drink. I browsed through the store.

Randy buys a second hand copy of a Tana French novel and a biography of famed Mexican painter, Frida Kahlo, at the shop. A copy of the same biography is found in the handbag of the murdered Kristen Perry on a bit of beach not far from A Page in the Sun.

Michael bought a well used copy Snow Falling on Cedars at the shop and gave it to me to read. I found it absorbing and my posts about the book included the story of its purchase. Here is a link to that post - http://mysteriesandmore.blogspot.com/2016/08/a-page-in-sun-and-snow-falling-on-cedars.html.

Most interesting to me was the intersection of my memory of walking the Malecon and MacDonald’s accuracy in depicting Puerto Vallarta and Google maps allowing readers to see exact locations. I was able to determine where the body of Perry was posed on the beach.

I spied a girl below who had already staked out her sun tanning area right at the end of a spit of sand at the end of the island in the river. She had a woven mat laid out with an orangey red beach towel on top. She herself was in a red bathing suit, with a large white and yellow straw hat covering her face …… I took a photo of her mostly for the odd tableau composition of her and her belongings fanned out around her, with the wide ocean as a backdrop.

Here is a screen shot from Google Maps of the location. 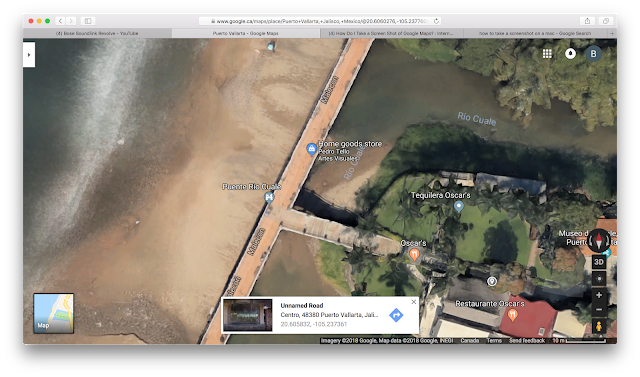 It was interesting, if not a touch eerie, to be able to look at the location of the fictional murder.

MacDonald has clearly enjoyed her trips to Puerto Vallarta and advises readers that she looks forward to more winter sojourns to the city.