The Eye of the Beholder by Janice MacDonald 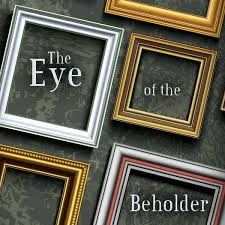 (41. – 971.) The Eye of the Beholder by Janice MacDonald – In one of the happiest openings to a work of crime fiction Alberta university lecturer, Miranda “Randy” Craig, marries her long term love Steve Browning. Mature in years, they are united at the Muttary Conservatory amidst lush plants and flowers in a lovely mid-winter Edmonton ceremony. I think genuine events of joy are too rare in mysteries.

The newlyweds join masses of Western Canadians in flying south to enjoy a warm weather respite from the rigours of our harsh winters.

Their destination is Puerto Vallarta, a lovely city for a winter vacation. My next post will compare some of my experiences in the city with those of the fictional Randy.

Randy and Steve have a wonderful relaxing honeymoon until ....

As they near the end of their week in Mexico Steve is called to the police station. A University of Alberta student, Kristen Perry has been murdered and her body left posed, on a bit of beach area in downtown Puerto Vallarta. She was on the same flight as Randy and Steve.

Randy realizes that she had taken a photo of Kristen, her head under a hat, lying on a beach towel. Though her motive in taking the photo was innocent she feels insensitive, even intrusive, in photographing the deceased Kristen.

Mexican authorities are anxious to establish the murder was not connected to Mexico. Interviews do not suggest a Mexican suspect. The strongest reason for an Alberta killer is Kristen had been in Mexico but a few days. I was glad no one was suggesting it was some random act of violence. Whether real life or fiction it is an implausible scenario.

With a touch of reluctance and a mutual commitment to return again Randy and Steve fly home.

Because Kristen was an art student and Randy has connections with the Art faculty members at the University of Alberta Steve requests some help from Randy in exploring Perry’s life as a student. Life is as complicated in personal relationships on campus as off the university.

What makes the book most intriguing is the posed tableau of the murder scene. The initial reaction is the pose deflected attention delaying an immediate investigation. Observers, as with Randy, thought she was sun tanning.

On her return to Edmonton Randy reflects that the scene could actually be a morbid work of art. Is the posed Perry actually a symbolic creation? Thoughts turn to the Dan Brown books featuring symbologist, Robert Langdon. How significant is the biography of Mexican painter, Frida Kahlo, that was in Perry’s beach bag? The positioning of the body reminds Randy of Kahlo’s paintings. Is there a fiendishly clever murderer showing off?

MacDonald is clever in creating a murder acene with symbols, clues, that are obscure but not too obscure for an intelligent sleuth using her skills to unravel them. I thought it brilliant how MacDonald uses Randy’s talents as an academic researcher in literature to study and research and reflect in the investigation.

Randy, as an informal academic expert to the police, has a plausible role in the investigation.

MacDonald further weaves visual art into the book with Randy and Steve searching for artworks to decorate Steve’s, now their condo. Her parents provided a wonderful wedding present of $2,000 to be used for the purchase of art for their home. They explore galleries and a street art festival for works by Edmonton and area artists. The search gives them a chance to undertake an exploration, even adventure, together as newlyweds. While they have been a couple for years they are cherishing the intimacy of the commitment of marriage and sharing a home.

As they look for original art Randy reflects on the inconsistency with which viewers consider art:

“I wonder why it is I never mind seeing a new production of a Shakespeare play or an opera, and yet I whine about Hollywood remaking European movies or even redoing movies they’ve already done. There’s something about the movies that seems set in stone, I guess.”
….
“You can extrapolate to the visual arts, too. We get Van Gogh painting several versions of his Sunflowers, and instead of the art world saying, ‘well, here’s the best one,’ or even, well, that’s just him churning out a still life to make some grocery money,’ we look for distinctions between the one in the Netherlands and the one in the National Gallery, even turning that into an art experience. And of course, what about Monet and his endless water lilies?”

There is clearly a message in how Kristen was posed and the items around her and in her bag but what is the message and for whom was the message intended?

I thought the plot was the strongest of the three books in the series I have read. I was not excited about Randy making a foray into danger at the end but the conclusion fit very well with the theme of the book.


The writing has a lyrical quality reflecting Randy’s status as a happy, even contented, woman appreciating a successful beginning to marriage and a good future ahead. The words from the “Apache” (not actually from that indigenous culture) blessing that now there will be no more loneliness captures her mood.