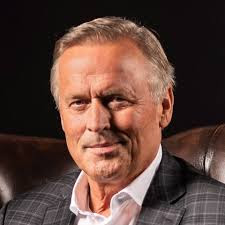 Before embarking on my trio of posts about court cases and commissions of inquiry setting the facts of history I had reviewed A Time for Mercy by John Grisham. It was an excellent book. As I read the book I reflected on the life of a country lawyer.

Many of the aspects of Jake Brigance’s life and firm remind me of my own experience in rural Saskatchewan. In the book Jake is 37 in 1990. I was 38 that year.

I could appreciate his constant need for new cases and transactions to maintain cash flow because large cases are few in the country. The big cases usually stay in the cases.

As set out in my last post I have had the chance to participate in nationally prominent cases. In addition to the Commissions of Inquiry described in that post I had the opportunity to take part in several national class actions. Yet most of my time has been spent on cases and transactions of importance to the participants but rarely gained further attention.

While rare there can be a local case that garners national, even international attention. Most recently in Saskatchewan it was the Humboldt Broncos hockey team bus crash that took place 70 km from Melfort. It was the notorious case that a rural lawyer will have to decide whether it will cost business.

Every defendant in major trouble is entitled to a lawyer. Here it is easier as Legal Aid is more established and there is a wider pool of lawyers willing to travel to take on such cases. Still I was glad we were not approached to defend the driver in the Humboldt Bronco bus crash. It avoided a decision for our firm.

In A Question of Mercy Jake agonizes over taking on another controversial defence to a murder charge. He knows there will be hostility and anger and financial consequences to representing 16 year old Drew Gamble on the charge he murdered Deputy Sheriff Stewart Kofer.

Thankfully the threats against lawyers taking unpopular cases are absent in rural Saskatchewan. I have never known a lawyer to have his/her house burned down as Jake’s house was burned in Grisham’s first book, A Time to Kill.

On a happier note being in a general practice in a rural area means continuing relationships. As Jake has known several of his clients and their families in different ways I have appreciated the chance to represent up to four generations of the same family.

While all litigators know the judges where they are resident you must learn in the country how to work with judges you deal with all the time. In Saskatchewan Provincial Court judges preside in an area. There are two resident judges in Melfort. You worry less about the relationships in larger centres where you see more judges. I am glad that Queen’s Bench judges are rotated in Saskatchewan which results in a variety of judges coming to Melfort.

In Grisham’s books about trials in Mississippi the need for research on some jurors is eliminated as the lawyers personally know them. I expect to know potential jurors in any pool of jurors for a jury trial in Melfort. What I have had to deal with involves potential jurors being eliminated simply because they know me. In one trial I asked the trial judge to require more than just knowledge of me for dismissal as a juror.

Having read the Grisham books and a few more on trials in the deep American South I believe the jurors of our area are more willing to find accused not guilty than in rural Mississippi.  My conclusion is hardly scientific and I recognize the risk of relying on fiction for real life.

There are some distinct differences between practising in rural Mississippi and rural Saskatchewan. There are neither elected judges nor elected Sheriffs in Saskatchewan.

Most of the police in rural Saskatchewan are not permanent residents of the area as are the officers of the Ford County Sheriff’s department or the members of the Clanton police force. As our officers are members of the RCMP they are part of a national police force and transferred every few years.

I appreciate, as does Jake, being within a few minutes of home so that it is possible to have more time with family.

You do have close personal relationships with fellow lawyers. Certainly there are relationships in larger cities for lawyers but I believe the small regional bars in the country promote strong relationships among the lawyers.

I am sure there are class distinctions in Saskatchewan but they are certainly less obvious than such institutions as the country club at Clanton. Melfort’s “country” club is open to all golfers at a modest fee. They are always seeking new members.

There is a major racial divide in Saskatchewan. There are racist attitudes towards the indigenous peoples of our country. I think Canada’s less violent racial history and efforts at addressing racism mean racism has a lesser presence in practising law here than Mississippi. As to the inequalities in our judicial system I make no comment in this post.

I hope Grisham will return in a future book to Mississippi but the acknowledgements suggested he has written enough about Ford County.