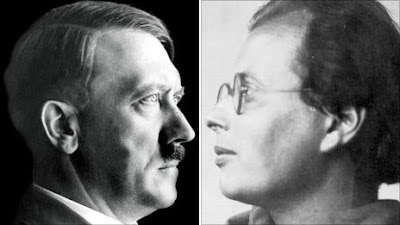 I rarely repeat a post. Tonight I decided to put up again a post of a review of the biography of an unfortunately little known German lawyer who cross-examined Hitler. I am adding to the post excerpts of the actual cross-examination. The post also appears in The Advocate, a journal published by the Saskatchewan Trial Lawyers Association. The BBC production Hans Litten vs. Adolf Hiter: To Stop a Tyrant is focused the trial.

Crossing Hitler by Benjamin Carter Hett – Hans Litten was a radical Berlin defence lawyer. In 1932, acting as a private prosecutor, he joined the government prosecution of SA storm troopers charged with attacking Communists at the Eden Dance Palace. Litten convinced the Court to summon Adolph Hitler to testify about the SA. Litten carefully crafted questions that challenged Hitler to reconcile the Nazi Party’s public proclamations of pursuing power only by legal means with the SA taking violent actions in the streets of Germany. Litten’s probing questions provoked Hitler into a profound rage. While Hitler escapes perjury charges he fully recognizes the danger Litten has been to his political goals. Most remarkably, Litten is only 29 years old. The title cleverly has a double meaning.

While the book features the questioning of Hitler it is mainly a biography of the complex Litten. He is the privileged son of an East Prussian Jewish law professor and an aristocratic mother. A rebel with a sour relationship with his father, he becomes a lawyer. In his career, as much from spite at his conventional father as from his idealism, he specializes in defending Communists. Litten is a true lone wolf who fits within no political party or religion. He is simultaneously drawn to his Jewish and Christian heritages.

With his large round glasses and portly frame he looks like a pure academic rather than a fierce fighter. Yet he is a fearless defence counsel who uses every strategy possible including deliberately provocative actions that upset the judicial establishment. His sole concerns are his clients. He is not interested in going along with accepted behavior.

Hitler never forgets Litten. Upon the Nazis rise to power Litten is immediately imprisoned. The unceasing efforts of his mother, Irmgard, to secure his release are moving. Using every connection inside and outside Germany she advocates for her son.

When, after 5 years in prison, Litten gives up and commits suicide I was reminded of the observation of Viktor Frankl, a concentration camp survivor, in Man’s Search for Meaning that in the camps to lose faith in the future was to die.

It is a well written book that is free from academic convolutions.

Excerpts from Litten’s cross from the Cross-Examination Blog (Here is a link to the blog which has many other interesting cross-examinations http://wwwcrossx.blogspot.com/):

Q You didn't discipline or expel Goebbels, but instead made him Reich Propaganda Director. Mustn't Goebbels' example rouse the idea in the Party that the program of legality hasn't gotten very far.
A [Hitler begins to stutter and search for an answer] The whole Party stands on the basis of legality and Goebbels likewise on this basis. He is in Berlin and can be called here at any time...
Q Herr witness, is it correct that on the occasion of the so-called SA revolt last year you were accompanied on your tour of Berlin restaurants by armed SS men [for purposes of protection against the SA]?
A [Again outraged]. This is complete lunacy! In all the taverns I was greeted with stormy enthusiasm [Much laughter and merriment in the spectators gallery by Hitler's unintended pun of "stormy enthusiasm" from the storm troopers.] ....
Q I have just learned that this pamphlet is sanctioned by the Party, that it is sold at all Goebbels' meetings and that it is available in all Party bookstores ...
A [Hitler yells with a bright red face] Herr Advocate how can you that is a call to illegality? That is a statement that can be proven by nothing!

Q How is it possible that the Party publisher took over this text, which stands in clear contradiction to the party line?

At this point, Hitler was saved by the judge, who overruled the question and refused to allow any further inquiry.

Q Did you promise Reich Chancellor Bruning to dissolve the SA in the event of your joining the administration….show[ing] that you yourself saw the SA as something illegal.

Q In your opinion, what is the spirit of the Free Corps [another Nazi subgroup]?

A The Free Corps spirit lived in those who believed that a change in the fate of the German nation could be brought about through….physical strength….

Q Do you also include the notorious crimes and killings that were committed by the Free Corps as a part of this spirit?

A [Hitler now is outraged]. I refuse to acknowledge that that kind of thing happened. The Free Crops committed no killings. They defended Germany.