Eugenics and Genetics and The Historians 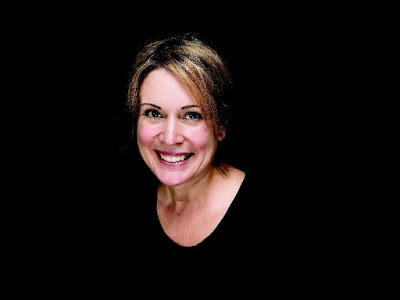 In my last post I wrote a review of The Historians by Cecilia Ekbäck. The book provoked thoughts on eugenics and genetics for me. I wrote a letter to the author which forms this post. If she replies and agrees I will post her response. For some readers there might be spoilers in this post because of the nature of the information in the post.

I just finished The Historians. I am reading my way through the shortlist for the Crime Writers of Canada 2021 Best Canadian Crime Novel. I enjoyed the book and posted a review on my blog, Mysteries and More From Saskatchewan. A link is at the end of this email.

I had not thought about eugenics in a long time until I read last year The Purity of Vengeance by Jussi Adler-Olsen. Reading about the forced sterilizations in Denmark set out in that work of crime fiction prompted me to look at Canada. I wrote a post, a link is below, discussing eugenics in Canada and Denmark.

I had been aware of the thousands sterilized in Alberta but had forgotten how many progressive people of the early to mid-20th Century had promoted and believed in eugenics. Members of the Famous Five and Tommy Douglas were supporters. I appreciate Douglas changed his position later in his life.

In The Historians the plot takes readers into the horrors of applied eugenics in World War II Sweden. I was grateful in your acknowledgements that the extreme actions described in the book did not occur in real life Sweden.

Your book did prompt me to think of a presentation on integrity made by Dr. Robert Boyd of North Dakota State University at a Rotary conference in Winnipeg in 2010. (My wife and I are Rotarians.)

In that presentation he provided a powerful story on the educated. In my recollections of his address I wrote up the next day I noted:

One day he was flying to Washington D.C. At Minneapolis a significant number of elderly people, in their 80's, got on the plane. A lady sat beside him. He has some hearing loss and says it is not easy for him to carry on a conversation with someone beside him and was not inclined to talk to her. He said she was having none of it and began talking to him. Before they got off the ground she had determined he was an educator. She was excited as she had been an elementary school teacher and loved teaching. She was still enthusiastic about learning and teaching and the importance of education. He said she was the type of teacher every parent hopes his children have as their teacher. When she reached forward to the pocket to take out the flight magazine her sleeve slid up and he saw a number tattooed on her wrist. Not sure what to say he said nothing. He said she asked him if he knew what the number meant and he replied that he thought she had been in a concentration camp. She had been an inmate. The group who had gotten on the plane were on their way to Washington for the opening of the Holocaust Memorial. A little later he heard her cry and moments later she was sobbing. She looked up at him and asked "How could they do It? How could they do it? They were educated people". He said it made him think about the lawyers, accountants, engineers and all the other professions who had made the Holocaust happen.

As I thought about The Purity of Vengeance and The Historians I have reflected on the hubris of the well educated to think they know best and have the knowledge to create a better world and the lengths to which they have gone in the past 100 years.

I believe looking at history honestly is important. I think we have neglected the “scientific” efforts of advocates of 20th Century eugenics to use such measures as forced sterilization to remove and eliminate from society “the mentally defective and incurably diseased” in the words of Tommy Douglas from his 1933 Master’s Thesis.

In our current world I fear genetic knowledge will be used to try to achieve the same goals. I appreciate there are many positive uses of genetic information for individuals but am concerned there will be those who will seek to use that knowledge for negative purposes with regard  to “creating a better society”.

Will “progressive” genetic policies being advanced today be seen as repressive decades from now?

I will be posting this letter on my blog shortly with a note that it may contain information concerning The Historians that some readers would find spoilers.

If you would like to reply to this Facebook message and are willing to have your response posted I would put it up on the blog.

Thanks for a thought provoking story.