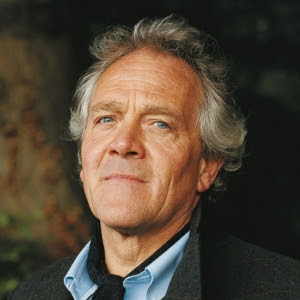 As I read The Old Enemy by Henry Porter I thought the old spy, Robert Harland, killed in the opening pages had a fleeting familiarity. After completing the book and looking at my reading of Porter books I found out he was the protagonist in three books I had read and enjoyed. They were A Spy’s Life, Empire State and Brandenburg.

Since I read the last of that trio in 2009 I understood why my memory was but vague of the distinguished spy.

My favourite was A Spy’s Life which had a spectacular opening. Harland falls from the sky into the East River as his U.N. plane crashes while plane landing in New York City. Harland is the only survivor.

The Old Enemy is the third in a trilogy featuring Paul Samson as the lead character. It wraps up the lives of a pair of characters and two series.

Porter is a skilled writer of what I would term thrillers. Wilbur Smith uses a different phrase, “adventure writer”. It is an apt description of Smith’s books. I still think of Porter as more a writer of thrillers than adventures.

Porter was a winner of a Wilbur Smith Adventure Writing Prize in 2019 for Firefly, one of the Samson books.

In an interview a few years ago with the Wilbur Smith and Niso Smith Foundation, Porter, when asked if there were of writers who “made a lasting impact” on him said:

As with Le Carre he travels to the places about which he writes in his fiction. In the same interview he stated:

Vital to get this right. I spend a lot of time in the field.

I continue to think Porter missed a wonderful opportunity to write an unconventional conclusion to the respective sagas of Harland and Samson. Normally, in fiction and real life, we expect, as supported by actuarial tables, that the aged will die before a younger generation.

Yet the most dynamic characters of The Old Enemy were the older characters. Robert Harland, Denis Hisami and Ulrike Klaar (Harland’s wife) all had a sparkle to their personalities.

It was Samson and Anastasia Hisami, the younger though not young characters, who were the earnest ones. They were the characters wearied and worn by the dramas and tragedies of life.

The older trio were leading the way in exposing a grand conspiracy when Harland and Hisami were eliminated from the plot and Ulrike consigned to a supporting role.

The trio had lost none of the vigour which carried them through the Cold War and into the present millenium.

It is Samson who is ready to withdraw from intelligence work and Anastasia who is content to assist Hisami.

There are a pair of young characters in Rudi Rosenharte, Ulrike’s son, and Zoe Fremantle, Harland’s daughter born long into his life, who have the enthusiasm to take up the fight against the old and the new enemy.

I would have loved to have seen them interacting with the older spies for the whole book.

Writers have so many choices with their characters.