A Protest On Connelly's Use of Vigilante Justice 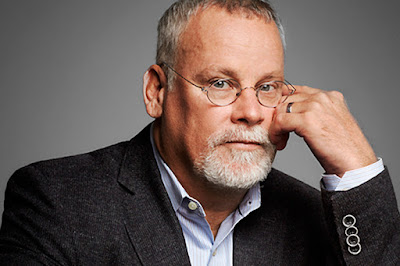 I ended my review of Dark Sacred Night by Michael Connelly, my last post, by referring to my disappointment in the ending involving vigilante justice.

Reading about the LAPD being vigilantes and Ballard and Bosch deliberately breaking the law, let alone the rules of police conduct, left me discouraged.  Connelly, a great writer, is resorting to investigations being solved by misconduct not skilled investigations. Such an approach supports a view that justice in America is meted out by the police investigating, judging and punishing those persons they determine are guilty.

Integrity is rare enough in the world.

The means justifies the ends inevitably leads to vigilante justice and disrespect for the Rule of Law.

Apparently I am a minority of one in the reviewing world at having regret over Connelly having Bosch and Ballard disregarding procedure and the laws of the land. Threatening torture to gain confessions is popular in crime fiction but erases the lines between bad guys and good guys.

We do not need trials if the police can mete out punishment for those they find guilty.

Centuries of hard won rules of proper conduct are at risk.

Maybe there are police officers we can rely on to only break the rules with regard to evil men and women.

Bosch would say to trust him. What about the thousands of L.A. police officers who do not get every case right? Who sometimes focus on the wrong person? Should police get to unilaterally decide punishment? What happens when the police engage in misconduct?

Harry’s signature phrase of “everybody counts or nobody counts” means respect for all victims of murder whether good or bad people. It is not always a popular creed. I wish he had the same regard for the laws of America.