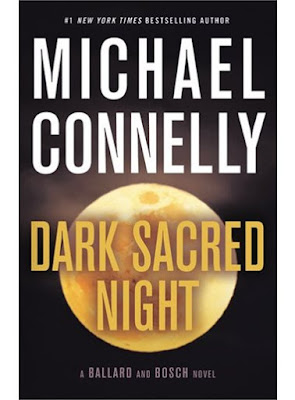 
Harry has started investigating the cold case of Daisy Clayton. Nine years ago the 15 year old girl had been taken from the streets of Hollywood and killed. She had been a runaway from Modesto caught up in drugs and prostitution.


He had met her mother, Elizabeth, while working undercover as a pill shill in Two Kinds of Truth. She had drifted into being a pill shill after she become a drug addict and indifferent to life. She was consumed by guilt. Bosch provided her with money for treatment. Having completed rehab she is staying in his home while he investigates Daisy’s murder. The unorthodox relationship has had an unexpected consequence in that Maddie, Bosch’s daughter at university, has sharply limited contact with Bosch in disapproval.


Ballard, in her well established on the night show (the overnight shift), catches Harry looking in an LAPD file cabinet. She cleverly deduces his interest in the old files and joins him in the tedious cold case investigation.


Poetic summaries of interviews of street people from years past by an officer, Tim Farmer, catch her attention and mine:


This is not first nor the last time we will cross paths with
“Eagle.”
A deep, cancerous river of hate and violence courses
through his veins
I can feel it.
He waits, He hates. He blames the world for its betrayal of
all hope.
I fear for us.


At the same time Harry, still working as a volunteer with the San Fernando Police Department, is attempting to solve a cold case there.


The intriguing aspect of the investigation was a forensic attempt to solve the crime by digging out of a wall in a garage a pair of bullets test fired by the killer who was using a homemade silencer.


Bosch is more vulnerable than I can recall. He wants a deeper longer personal relationship instead of the short term affairs of recent years. He acknowledges making a serious error in the San Fernando case.


Ballard and Bosch work together better than Haller and Bosch. With Ballard a fellow police officer there is none of the tension inherent in the relationship between Haller, a lawyer, and Bosch, a detective.


Not many of Bosch’s past partners can match his obsession and stamina. Ballard is just as driven. As well, she is bored from being sidelined to the night shift after filing a complaint of sexual misconduct against another officer.


As Bosch considers his future there is a dramatic situation. To say more would be a spoiler. It has been awhile since Connelly has written a chase against time. He is brilliant at building tension. I was racing through the pages.