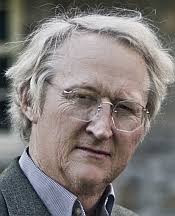 In my last post I started a review of The Skull Mantra by Eliot Pattison. It is an intriguing thriller set in Tibet in the late 1990’s. Shan, a prisoner on a work brigade, is chosen to conduct a show inquiry into a murder. Shan, formerly a top level investigator in Beijing, cannot do a superficial examination of the facts and is given latitude by Colonel Tan.


Shan patiently commences his investigation by studying the location where the body was found. He asks another prisoner, Jilin, who is a murderer, his professional opinion on why the body was left there rather than tossed over the nearby cliff. Jilin explains:


“Someone told me once about a tree falling down in the mountains. It don’t make a sound if no one’s there to hear. A killing with no one to appreciate it, what’s the point? A good murder, that requires an audience.”


When the head is found the status of the murdered man means his death cannot be bureaucratically confined to file obscurity. Tan is confident Shan will not flee or fail to do his duty for the lives of his fellow prisoners will be forfeit if he disappears or shirks his responsibility.


There is a special bond between Shan and the monks forged in the misery of their imprisonment. The lama, Chotje, physically shielded Shan from a beating by a guard on Shan’s arrival.


While a convenient killer is avaiable Colonel Tan has unexpected integrity in wanting the actual killer found.


An unexpected character is Rebecca Fowler, an attractive American woman, who has come to manage a mine as China promotes the development of Tibet. Extroverted and outspoken she is a striking contrast to the reserved Chinese and even more reserved Tibetans.


She is precipitating rare minerals that have leached out of the volcanic rock of the mountains and accumulated over the centuries. It is a mine made of ponds.


As the investigation proceeds Shan learns of more murders and convenient killers being identified. The local people are resentful over Tibetan resisters being identified as the murderers. Shan provides the Colonel with a good socialist reason for finding the actual killer. Too many murders and Beijing may consider him negligent.


A competing investigation by the Assistant Prosecutor for the County is ready to convict the preferred killer.


The exploration of the mystical world of Tibetan Buddhism is fascinating. Demons inhabit the mountains. Ghosts are real. Rituals are vivid. Sorcerers wearing conical hats are respected and feared. Yeshe says:


“... To the old Buddhists, words were the most dangerous weapon of all.”


Yet there are so many government departments involved. Colonel Tan from the Army is in charge of the County. The Ministry of Justice has an important role in maintaining public order. The Ministry of Geology has a strong presence in regulating any actions involving the mountains. The Religious Affairs Bureau licences Buddhist activities.


The mountains aid the meditations of the monks. They can retreat into reflections for hours to days to months to years. It is a spiritual world of an intensity beyond the Western mind.


Shan cannot question monks by conventional methods. They rarely respond directly. They ask questions in reply. They are sometimes in another world, a different reality.


Investigations, meditations, careers, relationships were much the same, he mused. They failed because no one thought to ask the right question.


The Tibetans believe a demon is killing Chinese officials.


One of the victims has been killed by small pebbles being dropped into his mouth until he suffocated. One of the pebbles is in the shape of a skull.


Burial rituals and those who prepare bodies provide evidence. For traditional Tibetans there are sky burials.


On almost every page there is a part of Tibetan life and culture filled with fascinating people. My next post will be about powerful masks.


The relationship between Yeshe and Shan deepens during the investigation. Yeshe had been a young monk before he was sent to university in China. As he works with Shan he contemplates his future and his spirituality.


Christians speak of being closer to heaven when atop mountains. Jesus went up mountains to pray. Tibetans, living on the highest mountains in the world are the closest people to God.


Pattison discourses on the American distance from God:


“.... The Buddhists, they have eight hot and eight cold hells. But there’s a whole new level in America. The worst one. The one where everyone’s tricked into ignoring their souls by being told they’re already in heaven.”


As the thoughtful Shan works through the conflicting information, the concealment of evidence, the efforts to mislead him he adopts a Tibetan approach to the investigation. He accepts it is “best to know of not knowing”. To solve the crimes he pursues an understanding of what he does not know.


All of the plot lines come together in a convincing and suspenseful ending.


The Skull Mantra is a brilliant book I wish I had read the book years ago. It is wonderful to read an intelligent thriller.
****
Pattison, Eliot - (2020) - The Skull Mantra - Begun