Considering "People" in The Madness of Crowds 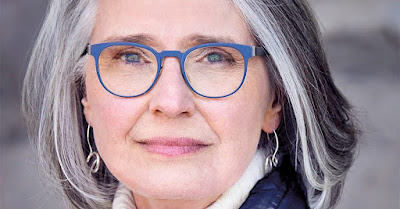 In my first two posts on The Madness of Crowds by Louise Penny I reviewed the book and discussed its exploration of reacting to evil. I consider the views of the character, Professor Abigail Robinson, supporting “mercy killing” of those who burden society such as the ailing aged or deformed unborn as wicked. How we consider “people” is another important theme of the book.

Some of the best books in the Armand Gamache series probed the depths of the minds of artists. The Madness of Crowds opens by examining the mind of a scientist of numbers, a statistician.

Robinson does not value individuals. It is society - “people” as a group - which is valued by her. The greater good requires sacrificcs.

By contrast, Gamache sees “people” as individuals. He sees persons not categories of worthy and unworthy members of society.

Gamache looks into the souls of those he questions during investigations. He reflects on their life experience, their aspirations, their motivations and their passions.

In The Madness of Crowds, beyond the strongly individualistic, even idiosyncratic, continuing characters of Three Pines, we read of a pair of striking personalities who defy easy classification.

As set out in my last post Haniya Daoud, the Hero of the Sudan, is a great humanitarian dedicated to the cause of suffering women and children around the world. At the same time she has committed violent acts to survive and has a mean personality with a biting tongue. The Nobel Peace Prize candidate is barely civil in conversation.

The village has a distinguished retired thoracic surgeon, Dr. Vincent Gilbert, living a hermit’s life in the woods near Three Pines. He has saved many lives but is a nasty man whom the villagers refer to as the Asshole Saint.

Great humanists may not be great humans. There are humanists who do not love humans.

Gamache bites back retorts to Daoud’s cruel remarks. He views her as a haunted soul.

With Gilbert, Gamache appreciates his intellect and work as a doctor but sees a self-pitying doctor living in exile who focuses on how everyone’s words and actions affect him.

Gamache cares about each person with whom he meets and talks.

I have spent 46 years in the practice of law. During that time part of my work has been defending men and women charged with criminal offences. I know most are guilty but not all. I do value that our system of criminal justice puts the onus upon the Crown to prove guilt by the high standard of beyond reasonable doubt. I would dread a system where guilt is a statistical analysis.

I strive to see each client as a person. There is a continuous risk in the law as with othe professions to get cynical. I believe our system can only work when accused are judged as inviduals.

I have admired Viktor Fankl, the Viennese psychiatrist who is a Nazi concentration camp surivivor, since I read of him 50 years ago in second year university in a class called The Philosophy of Religion.

In my review of his great book, Man’s Search for Meaning, I stated:

Frankl said it “does not matter what we expected from life, but rather what life expected from us”. If suffering is your task in life it is necessary to face it with dignity. All life has meaning. He said those with religious faith understood their sacrifice.

For Gamache his grandaughter, Idola, who has Down Syndrome has value as does Abigail Robinson.

If we all recognize each life is worthy we can defeat the views of those who would believe in an Abigail Robinson.