Following Indians on Vacation Through Europe 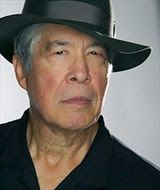 As I was reading Indians on Vacation by Thomas King I was caught at how many of the European destinations to which Mimi and Bird had traveled had also been visited by Sharon and myself.

The focus of the book in Europe is Prague where they are staying in a modest hotel near the Charles Bridge. They walk across the bridge several times. Sharon, Jonathan, Michael and I visited Prague for a day in 1999 with Sharon’s cousins on a German bus tour from the Bavarian Forest. I remember all the statues on the bridge. I am sure we rubbed a couple. I cannot recall having ever been on another bridge with statues.

The Bull Shield’s first stop in following Uncle Leroy’s postcards from a 100 years ago was Paris. Just as their first memory of Paris is the Eiffel Tower so do we remember visiting that iconic world tourist site in 1981.

On another trip they visit Nice and Antibes along the Mediterranean coast. We have not made it to either city but we were at Monaco 20 kilometers away on a couple of cruises. Our highlight was visiting the Castle with several rooms devoted to Princess Grace. We sat one evening on the outdoor terrace of the cruise ship having supper as the sun set and the lights of Monaco came on. I told Sharon we were on the biggest yacht in the harbour.

Bird and Mimi enjoyed going to the village of Oia on the Greek island of Santorini. We visited the lovely town on the cliff on a bus tour. I think we had our photo taken in front of the “little blue domed church” mentioned by King. There are many lovely little family churches scattered around Santorini.

While Bird and Mimi walked down 300 steps to the ocean on Santorini instead of taking a donkey ride we took the more prosaic but definitely more comfortable third option of a cable car.

On the Greek mainland we also spent a short time in Athens. The Acropolis is truly one of the Wonders of the World. While we did not go out to villages such as Kymi and Maletiani where Bird’s grandfather grew up we enjoyed two different drives through the Greek countryside. On one of the tours we had a wonderful visit and meal at a Greek vineyard.

They mentioned the canals of Amsterdam and Venice. Sharon and I have taken a boat tour on Amsterdam’s canals and ridden a gondola in Venice.

In Amsterdam they visit the red light district. Mimi aptly describes the area as a “zoo for men”. We had a walk through the district with the passengers of our tour bus. At the end of the walk we realized two single guys had not completed the walk with us.

They arrive in Venice in winter when the city smells better. Their vaporetto “was hit by a wave from an enormous cruise ship that was lumbering its way out of the lagoon”. I am confident it was not our cruise ship as we were there at the end of October. The city did smell alright in fall.

Where we have not gone is Budapest. The Bull Shield’s are distressed over Syrian refugees crowded around the train station and never get to see the city for a day. Our son Michael told us Budapest was a beautiful city.

Returning to Canada I have even been to Guelph where the fictional Bull Shield’s and the real life Thomas King and his partner reside. It was 1971 and I went to visit the University of Guelph to see the Apiary Department. While I did not see myself as an apiarist like my Dad it was interesting to learn about the only university in Canada with a Department offering classes on bees and beekeeping. (The university now has the Honey Bee Research Centre and the Beekeeping Lab.)

We did not follow the Bull Shield’s in seeking out examples of European fascination with North American Indians. Michael, who lived in Germany and studied German at university, has told me about German Apache Western movies where the Indians won.